I know, this isn’t a physical event…but it is an event for the WORLD!! Or maybe not, but if you’re a Doctor Who fan then yesterday will have been a big day for you, as the successor to Peter Capaldi’s Doctor was revealed.  Unhelpfully timed as an announcement for after the men’s Wimbledon final (just give us a bloomin’ time on the clock not some mystical “oh when the tennis is done” malarky), Whovians were glued to their TVs anticipating the reveal.

IT’S TIME! A forestty scene. A hand. A boot clad foot. A long coat with hood up….. we see a hand open. A key materialises…Close up of a lady eye.  The hood starts to be pulled back! OMGZ! A front camera view reveals that Jodie Whittaker is indeed the 13th Doctor, and the first female to take on the role in the over 50 years the show has been on TV.

Considering the backlash of Ghostbusters last year with the full female team going down like a lead balloon, it really wasn’t surprising to predict the responses of a ton of internet-dwelling angry people throwing their toys out of their prams for the pure reason that Jodie is a woman. I added a few bits on Twitter which made my notifications explode for the whole day, with some people making ridiculous comparisons – one even stated that this cast choice is ruining our culture and is a “damaging” change then, as an example of a damaging culture, he said “yes for example; many Islamic cultures, yet the left is dying to preserve that culture but are loving changing ours“.  I mean, what a pillock. I met that with a huuuuuuuuuuuuge eye-roll gif – impactful, I know.. There are lots of “it’s always been a man” comments coming out, as if the Doctor isn’t some type of form changing alien…no…wait… that’s the whole basis of the show.  Two hearts, fine. A female?! WHAT?!??!?!? THAT CANNOT BE! However these ‘fans’ need to realise that The Doctor regenerates…that’s why DW has lasted over fifty years. I say it again…FIFTY YEARS. 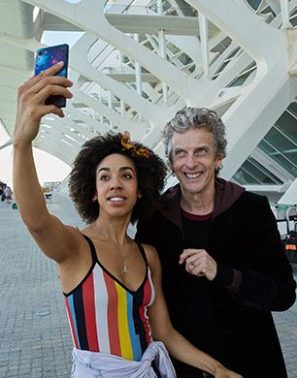 I wasn’t overly sold on Jodie as I haven’t seen her in much, plus the stuff I have seen her in I can’t remember (my mind can be like a sieve sometimes) so I will refresh myself there! Truthfully I am not finished with Capaldi yet! However, seeing how hate-filled a lot of people are about this with bizarre, stubborn and empty reasoning it has made me far more supportive of the casting choice.  I really hope the storylines are good so they write the character well. I liked the last season with Peter Capaldi and Pearl Mackie, so wish they could’ve continued for longer but all good things come to an end and I’m looking forward to see what they do with Jodie, our first female. I also cannae wait to see how past companions/people the Doctor has met react to her new form!

One amusing perk of the weekend was reading some of the satirical pieces going round, one being this on the Southend News Network site : CLICK TO READ

Considering the bombardment of absolute tripe I received today from only a few Twitter comments I left, I do feel sorry for Jodie and the DW team following each new Doctor announcement – there’s always a fair bit of hate the new Doctor until they actually get to see  their episodes – but especially this one where the main cast member is getting so much vitriol purely for being a woman. And some people say sexism doesn’t exist today! Pah! 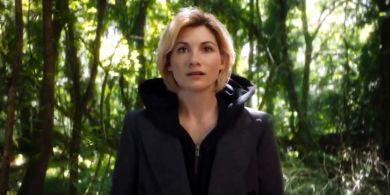 Well, Jodie. Fork My Life/Piehole wishes you well and can’t wait to see you in action. Represent us well, as Timelords and general good eggs in the Universe.

One thought on “The 13th Doctor – Jodie Whittaker”

There was an error retrieving images from Instagram. An attempt will be remade in a few minutes.

There was an error retrieving images from Instagram. An attempt will be remade in a few minutes.