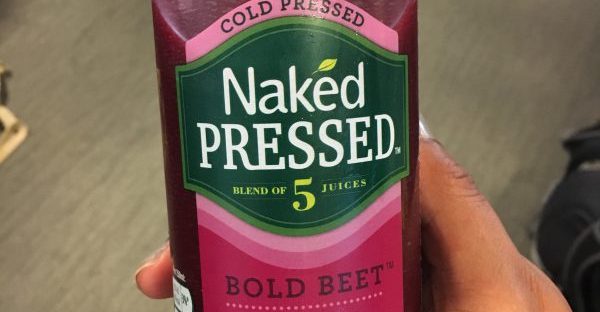 I recently received another mysterious package, this time a neon orange cool bag delivered straight to my desk… how exciting… or so I thought until I opened it to find some cold pressed juices. To be fair I am not the health freak fad dieter key demographic of these juices so I was bound to be underwhelmed. Still, I thought I’d give them a shot, pressed fruit and vegetable juice can’t do me any harm. 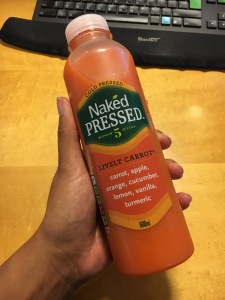 On day one I thought I’d go in with the brightest and most exciting looking one… neon orange to match the bag it arrived in was the “lively carrot” flavour containing carrot, apple, orange, cucumber, lemon, vanilla and tumeric. Despite the pretty extensive list of ingredients all I could really taste was a slightly spiced carrot flavour. I like to eat carrots but now I can tell you from experience… I don’t like drinking them.

Day two, a new day a new flavour.. I moved onto the murky green “hearty greens” flavour. Celery, apple, romaine lettuce, cucumber, orange, spinach, lemon, wheatgrass, kale and spearmint. Wow that does sound healthy. Although it probably looked less appetising this one actually tasted better than its jazzier orange counterpart. It definitely tasted green. Earthy somehow. Definitely like something that is supposed to be good for you, but it had a bit more sweetness and the apple came through which offset the savoury celery (whyyyy in a drink!?) and kale. I’d say this one was passable. 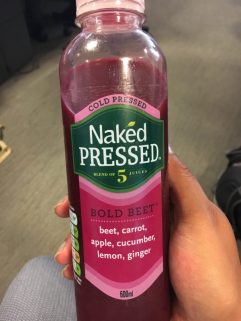 Finally onto the seductive purple “bold beet” flavour. Beetroot, carrot, apple, cucumber, lemon and ginger. All I got was beetroot for the first few sips. After a while the carrot started coming through but that was it. Carrot and beetroot. Like the two worst items on a salad buffet whizzed up into a purple liquid to confuse your senses. Purple drink = blackcurrant right? Ribena yay… oh wait. No. Beetroot. The clue is in the name I suppose, but not for me I’ll stick to the Ribena thanks.

My final gripe is the packaging. These arrived with a press release about PepsiCo. but any mention of this big conglomerate is missing from the label. Those health food types may be duped into thinking they are buying some raw artisan product pressed by the fair hands of a delightful farmer’s wife somewhere in the west country. More likely some machine in a factory operated by a teenager on minimum wage in Slough.

Overall I’d say if you are too lazy to chew or have had your jaw wired shut.. fine drink one of these.. but if you have a normal functioning jaw just eat some vegetables.