This Saturday London is in for a real treat! The weekend following Meatopia (which somehow as major meat fans we are yet to attend) and not long after National Burger Day, we’re being spoilt with Slider Decider. And yes, Fork My Piehole will be in attendance to bring you delicious slider news and stuff our pieholes.

Broadgate Circle is Slider Decider’s home for the day – this is a professional chef “burger challenge” and basically there are 17 chefs who have been shortlisted to cook their hearts out (hopefully not literally) to win best slider on Saturday. We’ve been told it’s London’s Best Bun Fight so expect delicious WAR.

The people to impress are us (yes the public gets a vote!), Andy Lynes (restaurant critic – living the dream there, Andy!), Alexi Duggins (editor of Time Out magazine – we love Time Out), Jamie Klingler (the founder of National Burger Day..surely deserves a portrait carved into a cliff  for this great founding) and Adam Rawson (winner of the 2015 Slider Decider with a basque beef patty entry). You also read correctly…you and I, the Commoners of Meat, also get to have a say. Let’s also not forget Saturday’s host Joe Warwick (food writer and journo) though I’m unsure whether he gets a vote or is just being a fabulous presenter of the goings-on.

Every guest will be given three stickers to assign to the meat makers we deem worthy of winning the coveted title of Slider Decider OVERLORD (OK. Maybe not overlord but I got excited!) so make sure to get involved, taste as many sliders as you can afford to, then assign your stickers by 4pm. That’s when the counting starts.

Now. This is what you need to know..how many money coins will this cost you? Well the event itself is free. A ‘ticket book’ for Champion Slider stickers (the ones allowing you to wield your power and vote) are £15 and for that you get 5 sliders – priced at £3 each. It’s a winner really! We really can’t wait. And over the day I am thinking I will make it to more than 5 sliders. What? Don’t judge.

Who is competing? What are we in for? (info from here, thank you) 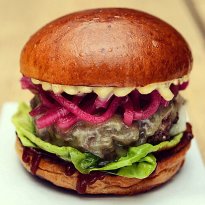 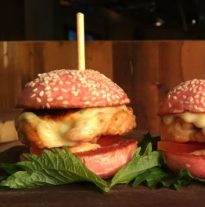 There will also be a range of chilled bevvies available from Long Arm Brewing Co and The Botanist Bar plus live music. Now all we need is the weather to be on our side and we’re set for a perfect day.

If you’re coming along or are even just posting about your excitement to touch buns then chuck #SliderDecider on your posts to share the love. And on Saturday when you inevitably Instagram your slider snaps, make sure to throw in the tag.

Have a great Slider Decider! And if you see us please make sure to say hi!